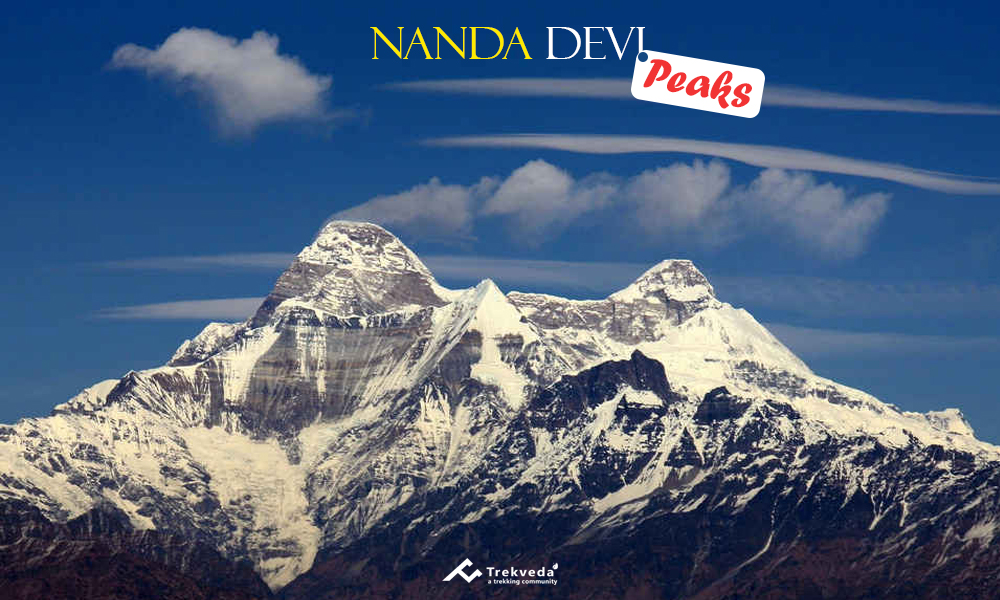 Nanda Devi, the second highest mountain in India, after Kangchenjunga, and 23rd peak in the world which means ‘Bliss-giving Goddess’ is the name given to the mountain, Nanda Devi is the part of the Greater Himalayas, Nanda devi massif is situated in the Garhwal region, in the Chamoli district of Uttarakhand. Nanda Devi peak is considered as the Patron Goddess of the Uttarakhand Himalayas that has Rishi Ganga valley and the Goriganga valley flowing on both sides of it. The peak carries great religious significance in the Hindu religion. Nestled at an altitude of 7,816 m above the sea level. Nanda Devi peak along with the other surrounding mountains encircle the beautiful Nanda Devi Sanctuary conserving the fragile ecosystem. As it is a massif of two peaks, the western peak is higher than the eastern peak; which is now popularly known as Sunanda Peak; formerly it was called Nanda Devi east. Together, both the summits called the peaks of the Goddesses Nanda and Sunanda.