Valley of Flowers Trek Stopped Due to Cloudbrust in Govindghat 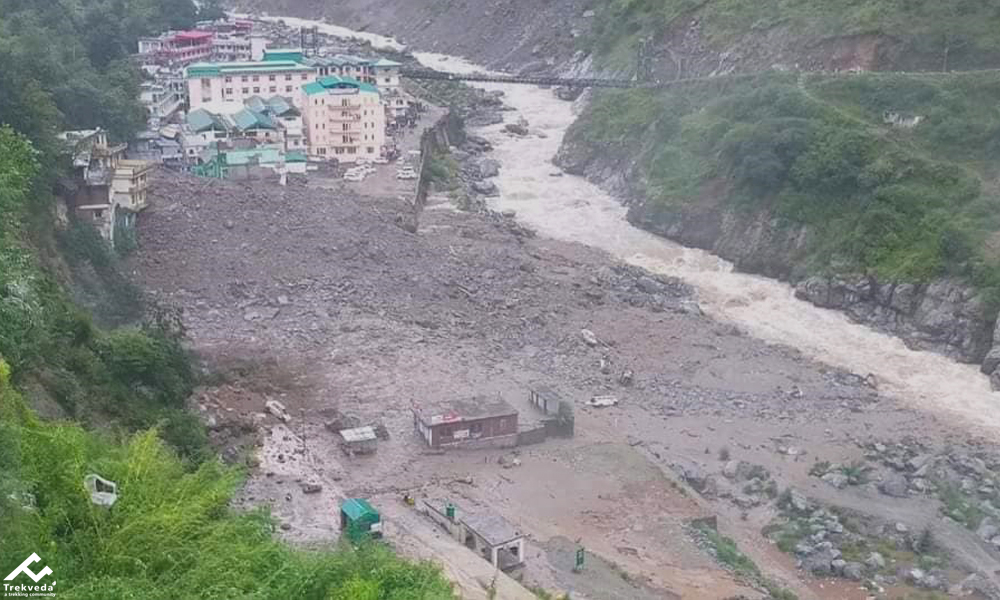 Who knows when the weather becomes uncertain, therefore, we are getting an update that the security police is not sending the trekkers ahead from Joshimath as there is a vast loose happened in GovindGhat cause of the recent flood and a Heavy rainfall, the area is not accessible and either safe for the trekkers to go further.

Though not for a long time, for a few days the way is closed, and according to the sources of ours, the root will be open again after three or four days, till then trekker aren’t allowed to go ahead from Joshimath.

Few treks have their way from Joshimath like Valley of Flowers, the most demanded trek these days, and why it wouldn’t be, as the trek opens its beauty for the trekkers to get the glimpse of it in for few months from Mid July to early September.