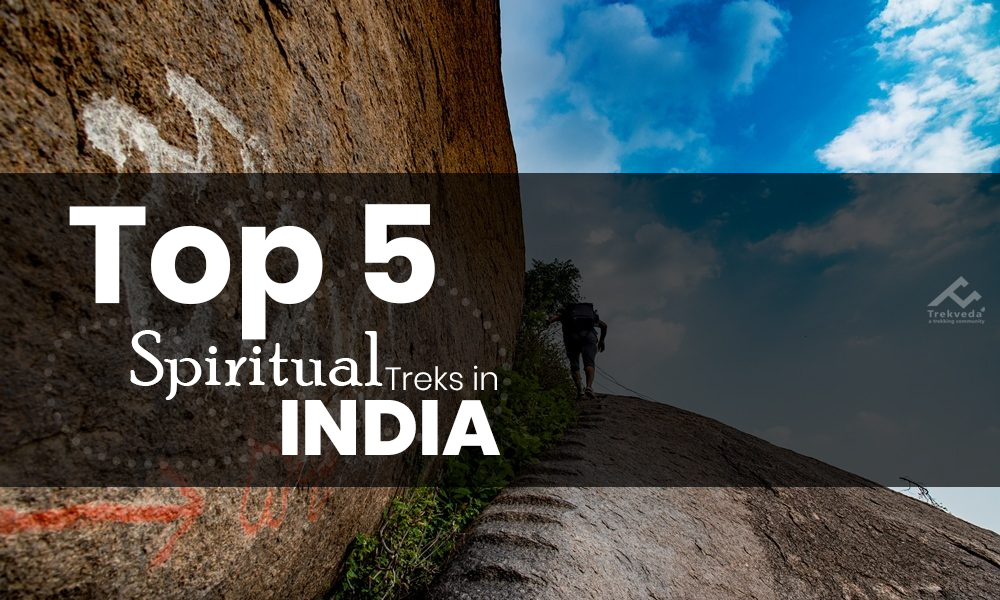 The divine energy that exists around the humanity has its footprint in every corner of the world. Especially India, when we talk about spirituality than India comes at least in top 5 countries that have the entire spiritual aura in the world.

Amidst the mountains, shrines have been created by the humanity in each corner of the India. India, this Holy land is not less than a land of Legends that have conquer the hurdles of life, and passed their knowledge and beliefs to transform the Humanity. From Hindu and Jain temples to mosque from churches to Gurudwara, the diverse and colorful landscape of India is dotted with houses of Gods and Goddesses dedicated to different religions. Thus India is just not a culinary redolence but also a fusion of cultures belonging from different religions.

Himalayas, the crown of the Country, unites the beauty, adventure, and spirituality together. Over the year, Himalayas of India have gained a lot of popularity, people around the world, or the wanderer’s transit into the Himalayas for the serenity, and the peace of mind. Where in the middle of it, people prefer spiritual journey to transform the inner self, or to lead a powerful life. So here are top 5 spiritual treks in India, you can’t ignore, when it’s about trekking in India.

Trek to the Gaumukh Tapovan has all the fun and adventure, it’s enthusiastic, sensational, adventurous and in a nutshell, it’s a “must do trek”.

Spirituality is the first foundation of Gaumukh Tapovan. In Hinduism, Gaumukh believed to be a cow mouth from where the holy river Ganga arrives along with that it is considered as one of the four Dham according to Hindu mythology also considered to be the sources of River Bhagirathi.

The place is tranquil and dreamlike, offers a panoramic view of Mt. Shivling and Bhagirathi mountains. Tapovan (4300m) is a region past Gaumukh comprising of a lovely knoll, at the feet of Mt. Shivling for those needing. harmony and experience, a further 5 Kms from Gaumukh. This trek will pass traveler through glaciers. Therefore, it is certainly one of the great treks best meant for adventure enthusiasts from across the globe. This trail is rated as moderate and therefore can be undertaken by mountaineers and non-mountaineers with good state-of-health. 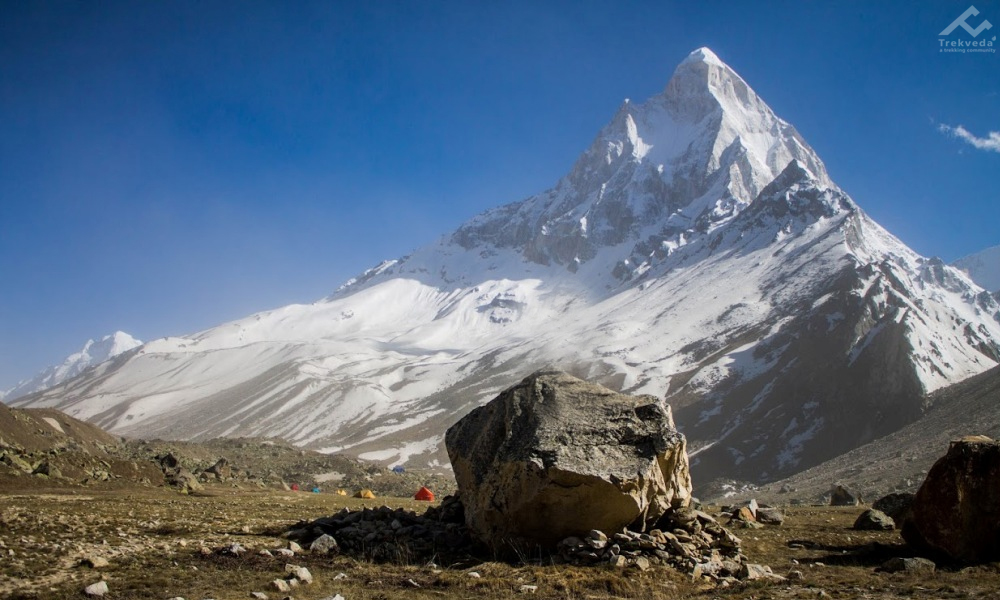 Considered as the most powerful and the mandatory visiting spot in the Hindu mythology; Chradham. Consist of four shrines that are Gangotri, Yamnuotri, Kedarnath, and badrinath. Each shrine has the story that keeps a major place in the heart of every Hindu, or even the Humanity. Gangotri, the town situated at the bank of Bhagirathi River. According to the Hindu Mythology Goddess Ganga descended when the lord Shiva released the mighty river from its hair lock. The origin of the majestic River Yamuna, Yamunotri is famed for its glaciers, According to Hindu tradition, Yamuna is the sister of Yama, the god of death and a holy dip in this river secures a painless death to the devotee. Kedarkantha Temple is the one where Pandavas sought the blessings of lord Shiva after the battle of Mahabharata. Therefore it is known as the most important shrine for Hindu devotees. Badrinath, which holds so many myths and legends. The popular belief is that Badarinath was the domain of Lord Shiva, and Lord Vishnu managed to unseat Shiva from here to Kedarnath. For a Hindu, this is the closest one can get to attaining heavenly bliss. Religious or not, thousands of tourists make it their mission to visit these religious sites at least once in their life and lately there has been a heavy influx of the tourists and travelers to these four temples in order to experience something so pure and divine. 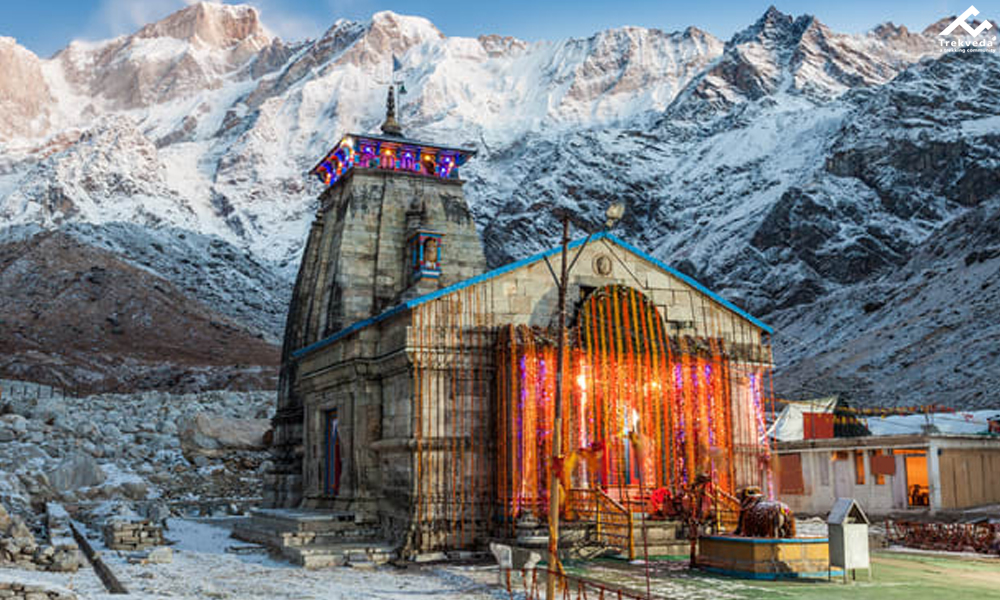 Satopanth Lake Trek nestled near the Chakumba massif in Uttarakhand. The lake is known for its three corners, where meditated the holy trio - Brahma, Vishnu, and Mahesh and still do, it is believed - the creator, the preserver and the destroyer charting out the course of the world. Satopanth Lake Trek in Uttarakhand is an isolated trek in Garhwal Himalayas nestled on the base of legendary Nilkantha peak and several other prominent peaks in proximity. The trek starts from the holy village Badrinath, and ends at Badrinath only. The route offers splendid views of Chaukhamba, Nilkantha, Balakun, Kamet and Abi Gamin. The best time to do Satopanth Lake Trek is May - June, and September - October. 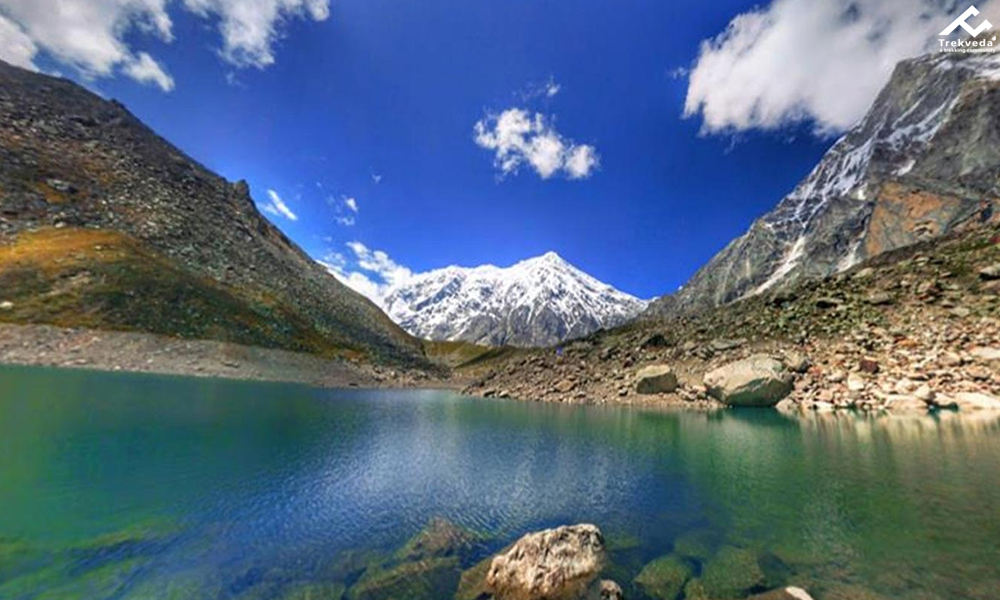 Valley of Flower Trek is the well known amongst the trekking lovers; the whole trek is the adventurous and the spiritual journey. The whole trek starts from Ghangaria town, and ends at the same only. In between, one such shrine that you cross is Hemkund Sahib, the important shrine for Sikhs. Hemkund settled in Garhwal Himalayas the pilgrim is well visited by the Sikh and Hindu devotees every year. The shrine has a same level of importance in both the religions, resting at a height of 15,000 Ft. Hemkund Sahib; holy place is committed to the tenth Sikh guru, Guru Gobind Singh Ji, who meditated at a similar spot where the sanctuary is built. An outlet behind the Gurudwara is source of the Lakshman Ganga. There is a temple that is dedicated to Lord Lakshman. Back to Ghangria the following morning winds to Valley of Flowers that was discovered by Frank Smith while on the expedition to Mt. Kamet. 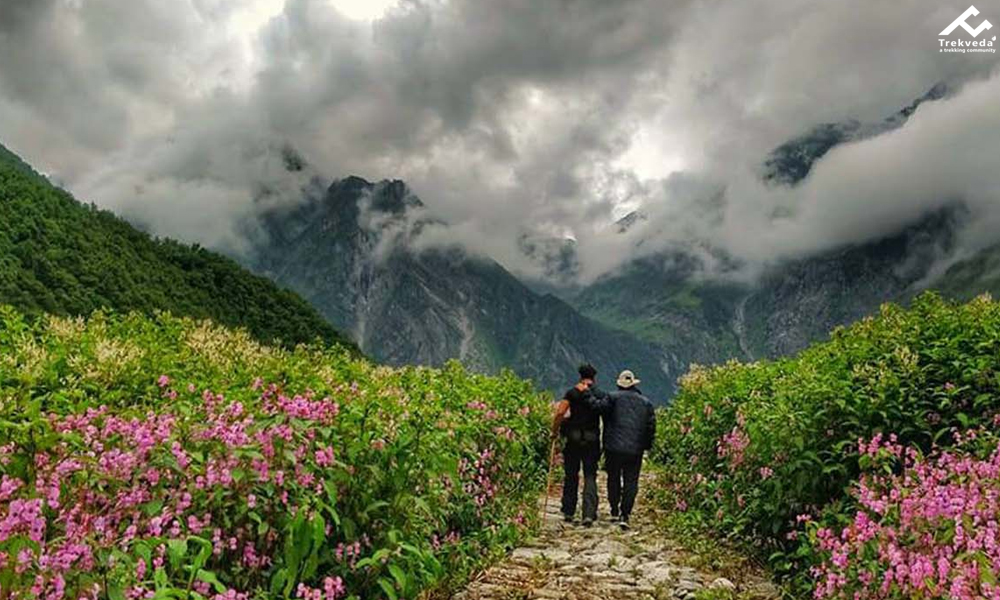 One of the popular spiritual treks in the Himalayan region, the Panch Kedar trek, stretches from an altitude of 2134 m in Urgam and scales to the height of 3584 m at Kedarnath. The entire stretch reflects the mythical colors of the Mahabharata. The Panch Kedar trek not only covers up the five shrines dedicated to Lord Shiva, which are Kedarnath, Tungnath, Rudarnath, Madhyamaheshwar and Kalpeshwar, but also allows you to familiarize the remote villages which showcase an ancient charm. The entire trail offers immense opportunities to be fascinated by the snow-capped peaks which take possession of the dense forests and lush green meadows rolling down the valleys. The whole ancient experience has the magic and the spirituality in each step. The politeness of the locals, along with the traditional cuisine, all together makes a perfect trek for every individual who wants to trek towards the spirituality or adventure.